CoolSculpting – How it works, Costs, Risks and side effects.

By Healthtuition Editorial Team
in CoolSculpting 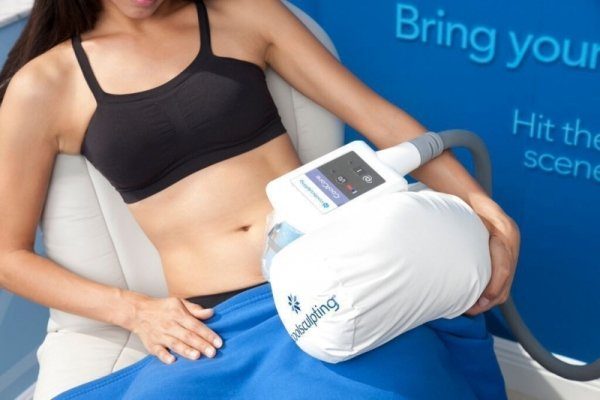 A few weeks ago, one of my enthusiastic followers, going by the name Megan, inboxed me; he wanted to hear my qualified opinion on CoolSculpting.

How long should one wait before seeing results after undergoing the procedure? What are some of the body fat areas that can be treated by Cryolipolysis?

Are there any recommendations for the best CoolSculpting services? These were some of her many questions.

As a health expert and writer, one of my happiest moments is to know that this blog is positively impacting the lives of people.

To confess, I must say, that I do not always have first-hand facts about everything as far as health is concerned. To give authoritative and helpful health advice, sometimes I rely on my trusted circle of health expert-friends.

CoolSculpting, also known as Cryolipolysis, is a cosmetic treatment to remove stubborn areas of body fat cells. It functions by freezing the fat cells.

This procedure was developed by renowned scientists of Harvard University and Massachusetts General Hospital, and it is an FDA-approved technology.

According to Sarah, whether CoolSculpting works or not, the answer is ‘Yes’ and ‘No’. However, the success rate of CoolSculpting is very high.

According to a clinical trial published in Clinical, Cosmetic and Investigational Dermatology in 2014, CoolSculpting showed impressive results –up to a 25% reduction in subcutaneous fat in the treated area.

Also, according to research published in Plastic and Reconstructive Surgery, when measured by a caliper, it shows that people lose 14.67-28.5 percent of fat in areas treated by CoolSculpting.

On the other hand, if measured by ultrasound, it indicated that people were able to lose 10.3-25.5 percent.

Last but not least, a research published in the Aesthetic Surgery Journal reported an average fat reduction of 19.55 percent.

Does CoolSculpting have side effects?

CoolSculpting is noninvasive it does not involve surgery, cuts or anesthetics.

As such, it has less risk than liposuction –another alternative to fat reduction which is invasive. Less than 1 percent of people that have undergone the procedure have reported complications.

It’s scientifically proven that cold temperatures do not damage other cells other than the fat cells –they only numb the area; most people report to have felt a cooling sensation after CoolSculpting.

This procedure takes around one hour and has no recovery time as there is no damage caused to the skin or tissue.

Some people report soreness at the site of Cryolipolysis similar to the one felt after an intense workout or minor muscle injury.

It takes 4-6months for the fat cells to leave the body from the time of the procedure.

The most common complication reported as a result of cryolipolysis is having less sensation than beforehand in the treated area. Other complications reported include:

No serious complications such as bleeding, skin pigment changes, or scarring have ever been reported.

Also, an isolated case of a condition called paradoxical adipose hyperplasia has been reported following a CoolSculpting procedure.

This condition affects about 0.005 percent of people who underwent the procedure. It leads to the increase in fat cells that can cause the treated area to bulge. It is common in men and people of Latino or Hispanic descent.

What areas can be treated with CoolSculpting?

How much does Coolsculpting cost?

There are no insurance covers for this procedure. Also, prices vary depending on geographic location, the skill of the treatment provider, and the size of the applicator used.

How long does it take before observable results after a CoolSculpting procedure?

As indicated above, it takes between 4-8 weeks before visible results can be observed. After one session, the treated area will gradually appear smoother and more toned.

If you want rapid results in a single treatment, try liposuction. Unlike CoolSculpting, liposuction is invasive –thus carries a higher risk of complications. Other alternatives include:

However, you should always remember that CoolSculpting is a cosmetic procedure, so it will not tackle the fundamental cause of unwanted fat.

A person with a metabolic condition such as diabetes or any other unhealthy lifestyle may quickly regain fat lost through the procedure.

Furthermore, do not eat an unhealthy diet and remain sedentary and yet expect a massive fat reduction.

Destroying existing fat cells will not prevent new fat cells from appearing – a healthy lifestyle is vital to preserve the results of Coolsculpting.

Also, Cryolipolysis cannot tighten loose skin. And before you choose to have this procedure, always talk to a doctor.