By Marguerite Bain
in Medical Marijuana 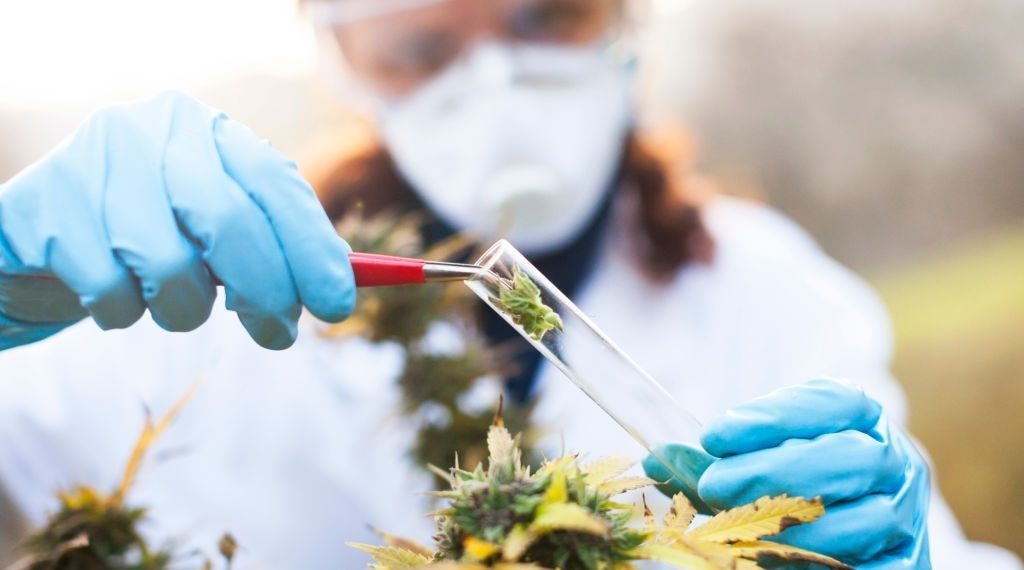 California, New York, Los Angeles, and Alaska. As of now, medical marijuana is legal in 33 states. Over 3.7 million people use medical marijuana in the United States to treat a wide range of medical conditions. And medical cannabis has always been a topic of research and discussion among scientists, doctors.

Is cannabis safe to use? What are the qualifying conditions for medical cannabis use? Should marijuana be legalized on the federal level? Can it help treat medical conditions?

These are some of the few questions that surround the subject of cannabis and we will help you learn everything about medical marijuana through this post. Let’s begin!

What Is Medical Marijuana?

Let us begin with the basics first and help you understand what medical marijuanas is and how it works. The cannabis plant is made up of several compounds.

The two main components of the plant are THC (tetrahydrocannabinol) and CBD (cannabinoid). Besides this, there are 100 other identified components of the cannabis plant used for the treatment of state-qualifying medical conditions.

While CBD is the non-psychoactive part of the plant, THC is psychoactive. Both these compounds are used widely by the cannabis community and most cannabis products are either made of CBD or THC.

Also, both CBD and THC work inside our bodies by interacting with the natural receptors. This interaction leads to a reaction that causes the body to react in different ways.

Not only this but this reaction is the cause behind research and why experts think that medical cannabis can help alleviate the symptoms of several medical conditions.

Medical Marijuana Uses And How It Helps?

Chronic pain is one of the well-known medical conditions for which medical cannabis is prescribed. Besides that medical marijuana is also used for treating Alzheimer’s Disease, Glaucoma, Appetite Loss, Crohn’s Disease, Anorexia, Epilepsy, Muscle Spasms, Multiple Sclerosis, Nausea, Pain, Cachexia, and any other medical condition that restricts an individual from performing day-to-day activities.

What does Research Say?

In a study, reviewing the potential benefits of cannabis or cannabinoids (THC, CBD) it was revealed that cannabis has a moderate effect on some ailments.

Particularly the ones associated with chronic pain, chemotherapy-induced vomiting and nausea, and spasticity related to multiple sclerosis. The authors were able to find substantial evidence for benefits from cannabis in case of these medical conditions.

Also, the evidence is not enough to state that cannabis has therapeutic benefits because there are limitations that restrict the researchers from providing comprehensive and conclusive results.

All in all, medical marijuana may have the potential to treat certain medical conditions, but cannabis treatment should be taken under medical supervision. That said, let us now look at the legal aspects of medical marijuana.

Which States Allow The Use Of Medical Marijuana

33 states in the US have legalized medical marijuana. However, each state has different laws and regulations regarding cannabis use. So make sure that you use and purchase cannabis keeping the state laws in mind. States with a medical marijuana program are as follows:

There are a few states that allow limited access to marijuana. This means that you can only purchase or get products with low THC and high CBD levels. These states include:

After knowing the states that provide complete and limited access to cannabis products. You should also learn how you can get cannabis in the states mentioned above.

The process to get the card is very simple. You have to fill a pre-qualification form and submit necessary documents such as your ID proof. After submission, a doctor will analyze your medical condition and study your medical records.

If you qualify, you will receive a recommendation from the doctor. You can use the same to access medical marijuana from licensed dispensaries in your state. Although you have to take note that a medical marijuana card is only valid up to one year from the date of issuance.

Patients who consume medical marijuana to treat a specific ailment can consume it in the form of tablets, oils, tinctures, and sublingual strips. Also, you have to note that the administration of cannabis depends on the kind of medical condition you have.

The doctor may advise you on the dosing guide and specific type of cannabis products you should take. So, always pay attention to the doctor’s advice and note that each method of consumption will work differently in your body.

For instance, smoking or vaping cannabis helps you feel the effects of cannabis instantly. Similarly, if you use a sublingual strip, or apply a cannabis lotion, you will start feeling the effects immediately.

In contrast, other forms of cannabis products such as edibles will take around 2-4 hours to show its effects. Ideally, the method of administration in cases of severe medical conditions is tablets and its effects will vary from individual to individual.

Does The FDA Approve Of Medical Marijuana Use?

The Food And Drug Administration or the FDA does not approve the use of cannabis plants for any medicinal use. The reason is that marijuana is still illegal at the federal level. Despite its legal status in the states, the federal status interferes with the laws placed in the state.

However, the FDA has approved the usage of some drugs that contain cannabinoids derived from cannabis plants. One such drug namely Epidiolex is used for the treatment of specific types of seizures. Particularly the ones associated with Dravet Syndrome and other severe forms of epilepsy.

In addition to this, other cannabinoids derived from medications such as Dronabinol and Nabilone are also used for the treatment of cancer symptoms.

These two medicines are FDA approved and patients suffering from severe nausea and vomiting (side effects of chemotherapy) are often administered with these medicines. Dronabinol is also used to alleviate the symptoms associated with appetite and weight loss in HIV/AIDS patients.

All in all, medical marijuana use is approved by the FDA for severe medical conditions but cannabis can be consumed privately under medical supervision.

What Are The Side Effects Of Marijuana?

Cannabis has always been a controversial topic of discussion amongst mainstream doctors, scientists, and researchers. The reason why there are several concerns regarding the safety of cannabis use.

For example, the use of marijuana has been associated with problems during pregnancy, increased car accidents, and cannabis use disorder leading to a lack of withdrawal. Regular use of cannabis has also been linked to developing mental health problems.

The FDA also warns the public against the use of vaping products. Especially the ones that contain THC and can cause damage to the lungs and respiratory tract. Other side effects linked to cannabis excess use include vomiting, dizziness, nausea, hallucinations, and dry mouth.

Also, you have to keep in mind that controlled amounts of cannabis will not cause these side effects. Only excessive consumption can lead to temporary side effects. So, ensure that you keep the dosing guide in mind before consuming marijuana.

There is very little evidence regarding cannabis use and its therapeutic benefits. However, these pieces of evidence are not sufficient and require detailed analysis and research. Most studies on cannabinoids like CBD and THC have limitations.

Even the FDA approved Epidiolex (CBD derived medicine) has certain side effects. Studies reveal that this drug can cause diarrhea, sleepiness, and excessive use can lead to a higher risk of developing liver disease.

Furthermore, experts and doctors suggest that these medicines should only be taken under the guidance of a professional. Patients who use CBD on their own can suffer from temporary side effects.

This is why it is essential to look for THC: CBD ratio on the packaging and consult a registered medical marijuana doctor first.

Covid-19 and its impact on Environment