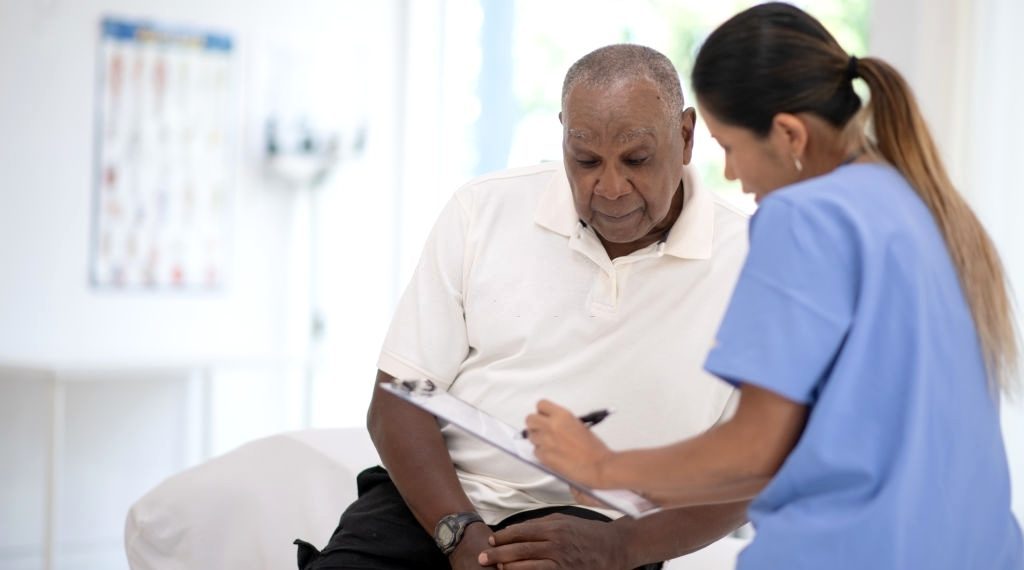 One in nine males is diagnosed with prostate cancer at one time in their life. The good news is only 1 in 41 dies as a result of it.

Don’t you think understanding prostate cancer will be helpful? This discourse will cover the meaning, symptoms, causes, prevention, diagnosis, and treatment.

What Is Prostate Cancer?

Prostate cancer is common in men, with more than 75% of men over 65 years being affected.

It affects the prostate gland, a walnut-sized organ that surrounds the urethra and is vital for reproduction. It occurs due to the multiplication of cells in the soft tissues of the prostate.

Understanding the type of cancer sheds light on the kind of cell cancer that started it, which helps your doctor choose the appropriate treatment for you.

There are different types of prostate cancer.

Prostate cancer hardly displays symptoms during the early stages, but doctors can detect changes through screening.

Some of the symptoms you may experience in the early stages may include the following:

Symptoms of advanced prostate cancer include:

There are possibilities of prostate cancer returning after treatment. The disease is referred to as a local recurrence when it returns to the prostate area.

If found in another part of the body, the recurrent cancer is considered metastatic, often spreading to the bones, liver, and lungs.

Symptoms of recurrent cancer include:

Abnormal cells continue living when other cells die, and they form a tumor that can grow to invade nearby tissue. Some abnormal cells can mutate and spread (metastasize) to other body parts.

The risk of prostate cancer increases with age, especially after age 50. Around 60% of men diagnosed are 65 or older.

Young men are at a lower risk of getting prostate cancer even though they are not excluded.

Though the reasons are not concrete, Black people are said to have a greater risk of prostate cancer than other races. In Blacks, it is also more likely to be aggressive.

Obese men are at a higher risk of prostate cancer than people with a healthy weight. In obese people, cancer is more likely to be more aggressive and more likely to recur.

If a blood relative such as a sibling or parent has been diagnosed with prostate cancer, chances are you are at risk.

A familial prostate cancer type runs in the family, and it makes up about 20% of all prostate cancers. It develops because of a combination of shared genes and a shared environment or lifestyle.

Hereditary prostate cancer is rare and accounts for about 5% of all cases. It can be suspected if a family history includes any of the following characteristics:

Though research has not clearly defined, cigarette smoking may increase prostate cancer risk through exposure to carcinogens or affecting circulating hormone levels.

The exact impact of diet on prostate cancer is not clear. Discussions put it that men who eat a lot of dairy products and calcium present a slightly higher chance of getting prostate cancer.

Some studies suggest that men with vasectomy have a slightly increased risk for prostate cancer.

Inflammation of the Prostate

Some research has suggested inflammation of the prostate gland may be associated with an increased risk.

Sexually transmitted infections (like gonorrhea or chlamydia) might increase your risk since they can cause prostate inflammation.

Diagnosing cancer at its early stages is often best for a cure.

Screening is testing for cancer in people before they have symptoms. For every 1,000 men between the ages of 55 and 69 who are screened, about one death is prevented, and will prevent three men from getting prostate cancer that spreads to other places in the body.

Who Should Get Screened?

Men between the ages of 55 to 69 should be screened for prostate cancer with a Prostate-specific antigen (PSA) test.

Before making a decision, you should talk to your doctor about the pros and cons of screening.

Men above 70 should not screen for prostate cancer routinely. This recommendation applies to men who:

What are the Benefits of Screening?

The possible harms include harm from screenings, diagnosis, and treatment.

False-positive test results occur when a man has an abnormal PSA test but does not have prostate cancer. They often lead to unnecessary tests, like a prostate biopsy, which may cause men to worry about their health.

There is a phenomenon commonly known as over-diagnosis when some men are screened for prostate cancer, yet they never have symptoms.

The most common treatments are surgery to remove the prostate and radiation therapy. Most of the time, they cause complications like urinary incontinence (accidental leakage of urine), erectile dysfunction (impotence), and bowel problems, including fecal incontinence (unintentional leakage of bowel movements) and urgency.

Stages and Grades of Prostate Cancer

Knowing the stages of prostate cancer to help you understand what to expect and inform treatment decisions is essential. The stages include:

The doctor puts a finger into the rectum to test for any hard areas or bumps on the prostate that might have cancer. This can be uncomfortable (especially for men with hemorrhoids), but it is painless.

The PSA test is used for detecting early-stage prostate cancer, especially in those with many risk factors, which helps treat cancer before the tumor grows and spreads.

For this reason, screening using PSA may lead to treatments that are not needed, which can cause side effects and affect a person’s life.

Imaging tests use sound waves, x-rays, magnetic fields, or radioactive substances to create pictures of the inside of your body.

This helps the doctor to look for cancer and see the prostate during specific procedures (such as a prostate biopsy or certain types of prostate cancer treatment) and also to see how much it has spread to other body parts.

A biopsy is a procedure where small prostate samples are removed and examined under a microscope.

It is the only way to get assurance if a man has prostate cancer. The test can also help tell the probability that cancer will grow and spread quickly.

Erectile dysfunction condition can result from prostate cancer or its treatment. Averagely two out of every three men who have prostate surgery become impotent.

However, medications and vacuum devices assist in achieving an erection.

Cancer that Spreads to other parts

Prostate cancer can spread to organs such as the bloodstream, bones, and lymphatic system and cause an effect on these organs.

Once it has spread to other areas, it may be controlled or respond to treatment but can hardly be cured.

You can keep prostate cancer at bay by:

Obese men with a body mass index (BMI) of more than 30 are prone to prostate cancer. If you are overweight, work on losing weight.

You can do this by exercising and reducing the calories you consume daily.

If you are healthy, work to maintain it by eating a healthy diet and exercising frequently.

Prevention of prostate cancer through healthy eating has not been proven. Still, some evidence shows that eating a healthy diet with various fruits and vegetables can improve your health and help your body fight disease.

You might consider choosing a low-fat diet, increasing the number of fruits and vegetables you eat daily, and exercising. Exercise improves your overall health and helps you maintain your weight.

Supplements are not proven to play a role in reducing the risk of prostate cancer. Instead, choose foods rich in vitamins and minerals.

Lycopene, a nutrient found in tomatoes, is associated with helping to prevent cancer. Also, consider feeding on legumes that can maintain healthy levels of vitamins in your body.

Drinking water is also part of a healthy diet.

Consulting Your doctor about increased risks of prostate cancer

It is advisable to consult a doctor concerning your prostate health. Early screening may reduce the overall risk of developing prostate cancer.

This involves monitoring prostate cancer in its localized stage until the doctor recommends further treatment if needed.

Patients with slow-growing or low-grade tumors confined to the prostate gland may consider active surveillance.

Below are the qualifications for active surveillance:

Watchful waiting is a form of managing prostate cancer through monitoring the condition. It may be effective for men with limited life expectancy, low-risk disease, and slow-growing cancer.

Patients observe their symptoms and inform their doctor if changes occur. The goal is to follow prostate cancer until it has started to cause symptoms such as pain or blockage of the urinary tract or metastasized.

Doctors recommend that patients who are too sick or too old with other life-threatening illnesses should be the ones to benefit from local therapy.

This is the surgical removal of the entire prostate and the seminal vesicles, which has the risk of affecting sexual function. Urinary incontinence is a possible side effect of radical prostatectomy.

Cryotherapy uses below-room temperatures to freeze and kill prostate cancer cells and most of the prostate.

It involves freezing cancer cells with a metal probe inserted through a small incision between the rectum and the scrotum.

Cryotherapy is sometimes used if cancer has recurred after radiation therapy. It may be an option to treat low-risk early-stage prostate cancer patients who cannot have radiotherapy or surgery.

Focal therapies are less invasive treatments that destroy small prostate tumors without treating the rest of the prostate gland.

They use heat, cold, and other methods to treat mostly low-risk or intermediate-risk prostate cancer.

They are also referred to as androgen deprivation therapy (ADT). Since prostate cancer growth is driven by male sex hormones called androgens, lowering these hormones can help slow cancer development.

The most common androgen is testosterone. Hormonal therapy is used to reduce testosterone levels in the body.

Types of hormonal therapy include:

It is performed using drugs to destroy cancer cells by inhibiting the cancer cells from dividing, growing, and making more cells.

Chemotherapy may help those newly diagnosed or castration-sensitive metastatic or advanced prostate cancer.

The chemotherapy side effects depend on the individual, the dose used, the type of chemotherapy received, and the length of treatment. They usually go away after treatment.

However, some side effects may come back, continue, or develop later.

They can include nausea and vomiting, fatigue, appetite loss, sores in the mouth and throat, diarrhea, constipation, sexual and reproductive issues, pain, and hair loss.

It is the use of medicines to stimulate a person’s immune system to recognize and destroy cancer cells.

What to Expect After the Prostate is Removed

Men diagnosed with prostate cancer face unique emotional issues. Guilt for being unable to have intimate relationships due to anxiety and fear, increased risk of depression, anxiety, fatigue, irritability, and fear of disease progression.”

Prostate cancer has become the most common cancer affecting men, especially those above 65 years.

However, the number of people it kills can be reduced through early screening and treatment once diagnosed.

It can be prevented through healthy lifestyle practices like healthy diets and exercises. Be in charge and see a doctor for advice and help on prostate cancer.

Article Sources
Healthtuition has strict sourcing guidelines. We rely on academic research institutions, peer-reviewed studies, and medical associations. We avoid using tertiary references. Learn more about how we ensure our content is accurate and current by reading our editorial policy.
ADVERTISEMENT
ShareTweetSendPin2Send 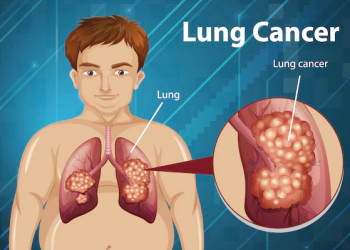 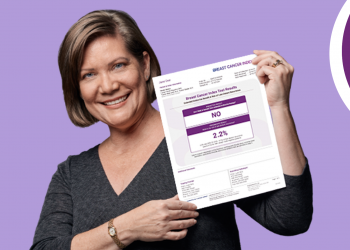 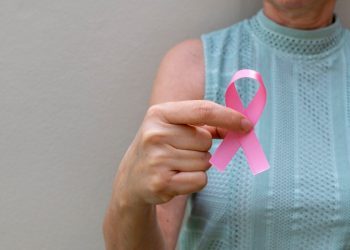 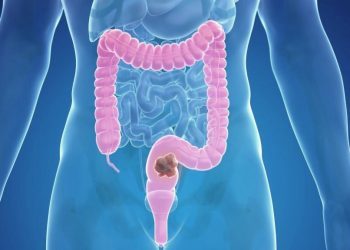 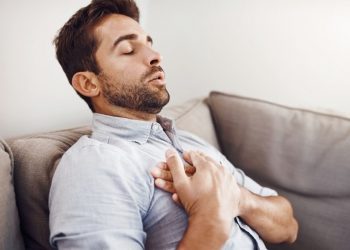